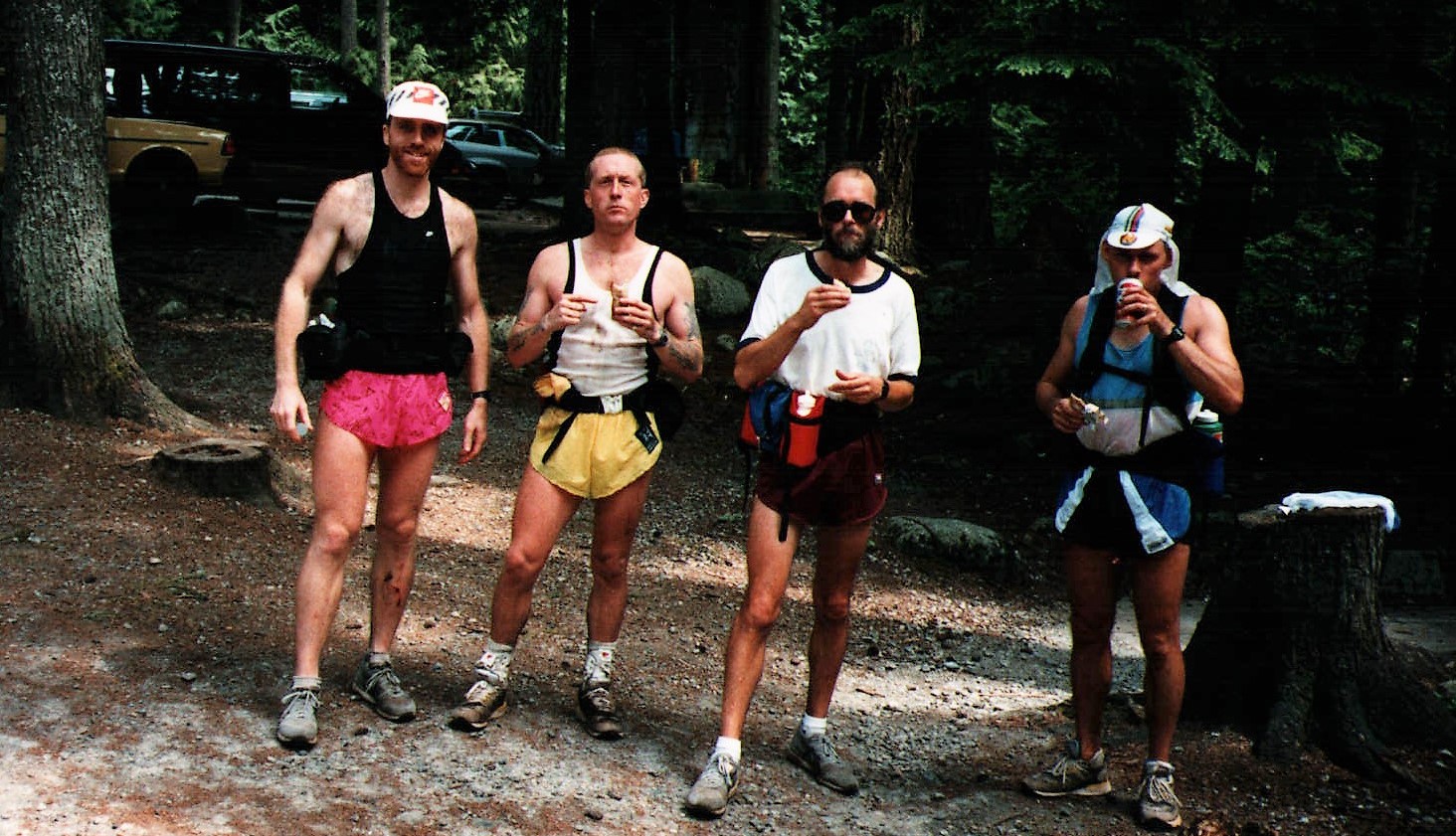 I met Shane Collins in early 1989, via a mutual ultrarunning friend. Over the next few months, we collaborated on a project that was one of the most significant of my life – the inaugural Knee Knackering North Shore Trail Run on June 24, 1989. Shane passed away earlier this month at the age of 67.

The ultarunning landscape on the West Coast of Canada (and the Pacific Northwest) was almost non-existent in the late 1980s, when Shane and I both ventured into this niche of niche activities. Shane came into it from a swimming and Ironman background, while I was a road marathoner at the time. We both travelled far south of the border to dip our toes into the growing ultrarunning world in places like California and Colorado. We decided to change that in 1989!

Shane was less involved in the Knee Knacker after the first decade, but we will never forget the impact he had on the race and the local ultrarunning scene. His vision and leadership pushed me and our early committee members to make the Knee Knacker a premium experience from Day 1. I’m proud to say the Knee Knacker has continued to do just that for almost 3 decades now, under the direction of many leaders.

I would be remiss if I did not remind you know that Shane was also a very accomplished ultra distance swimmer. The many well-known bodies of water he conquered include the English Channel, Georgia Strait, Maui Channel, and Howe Sound. But, he was much more than a fierce competitor. Shane also had a very generous and charitable side to him. It was his idea from the start to use the Knee Knacker race to raise funds for local charities, and we have continued to do so every year for almost 30 years now. Shane was also co-founder of Athletes For Kids, supporting dreams of local children to play amateur sports.

Shane leaves behind his wife Debbie, and son Steven.

I leave you with a quote Shane shared with me last time we met for lunch a couple of years ago:

“Anything worth doing is worth over-doing!”