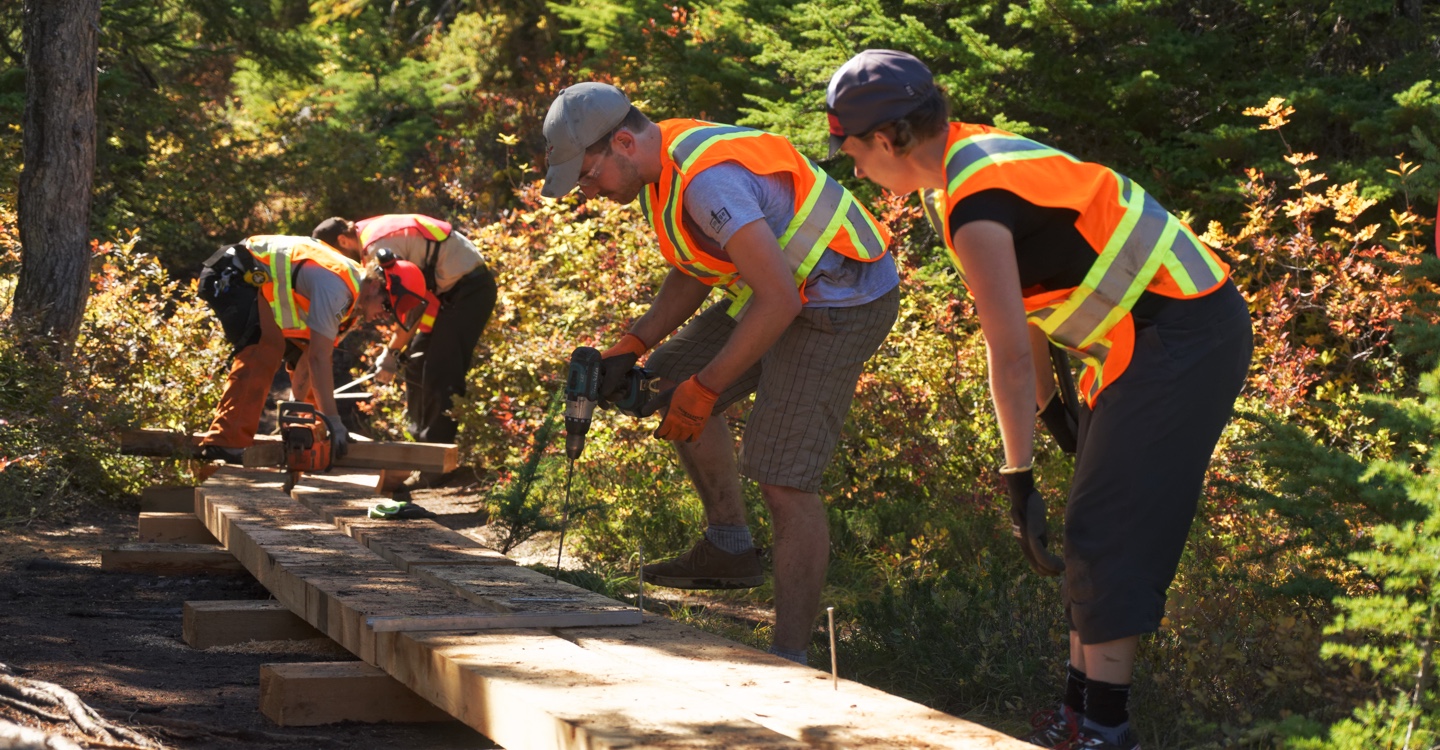 BC Parks rangers and Knee Knacker volunteers build a boardwalk near Cabin Lake.

This year’s volunteer project with BC Parks and Knee Knacker is coming into its final weekend (September 26 & 27), with two major pieces still to build. We’ve already had four days of work and it has been a awesome experience, with Knee Knacker runners and BC Parks rangers working together since late August on the biggest, single-season project we’ve ever tackled. This year, the Friends of Cypress Provincial Park secured funds to buy supplies and rent helicopter time for the construction of new boardwalks, a set of stairs, and a deck in the Black Mountain area of Cypress Provincial Park.

Despite a constant reminder that we should’ve paid more attention in high-school geometry class, everyone has been super keen, enthusiastic, and hard working. The appreciative smiles and thanks from passing trail users have reinforced the value of this project. If you’re in the Black Mountain area next weekend and hear hammers banging away and smell freshly cut cedar, take a detour to see what you’ll be running on next year!