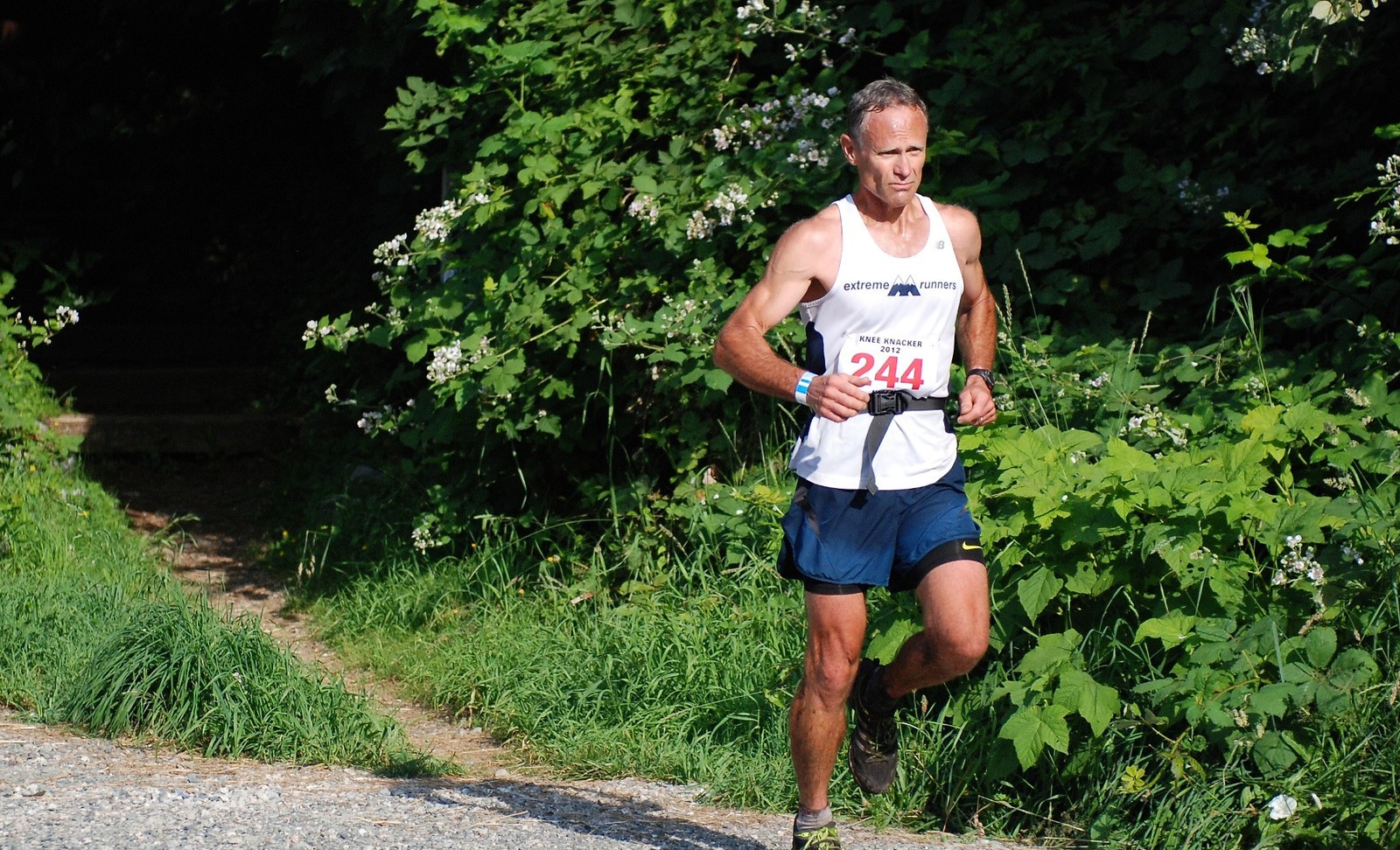 Originally from New Zealand, Keith’s family immigrated in 1974 when he was 16. They moved to Vancouver Island and Keith and his brother had to travel to Vancouver to run races as there were only a handful on the Island. Keith began running on logging roads and developed a love of running hilly terrain in the mountains. Eventually he settled in the Comox Valley where the local mountain bike club were building gnarley trails that were steep, rocky and rooty. Keith loved running these trails and on occasion would race the bikers down, sometimes keeping ahead of them for miles. He was able to develop his downhill running skill by running as hard as he could and focusing on foot placement. Keith shares that his mantra for this downhill running is “do the dance”.

Around 1992, Keith’s brother Neil, who had moved to North Vancouver earlier, told him about a race he had run called the Knee Knackering North Shore Trail Run, put on by a group of people who called themselves the Northshore Ultra Trailrunning Society, or NUTS. Keith looked at the results and saw the times and thought, “hey I could win this”! Keith convinced his running friend Steve Royer to go over to North Van. and do some training runs on the course with Neil. They recognized that most of the terrain was identical to what they were training on in the mountains around the Comox Valley.

In Keith’s first Knee Knacker, 1993, Keith, Neil and Steve all finished in the top 10 and won a team award. In Keith’s 2nd year, he finished 4th overall in 5:21 setting up another 6 years of attempting to win the race until, finally in 2001, he took top spot.

Aside from the competition, the race slowly became a spiritual event for Keith as he would often have to dig deep to get through certain parts of the course, always learning more about himself and his ability to endure the physical, mental and psychological demands of this unique race.