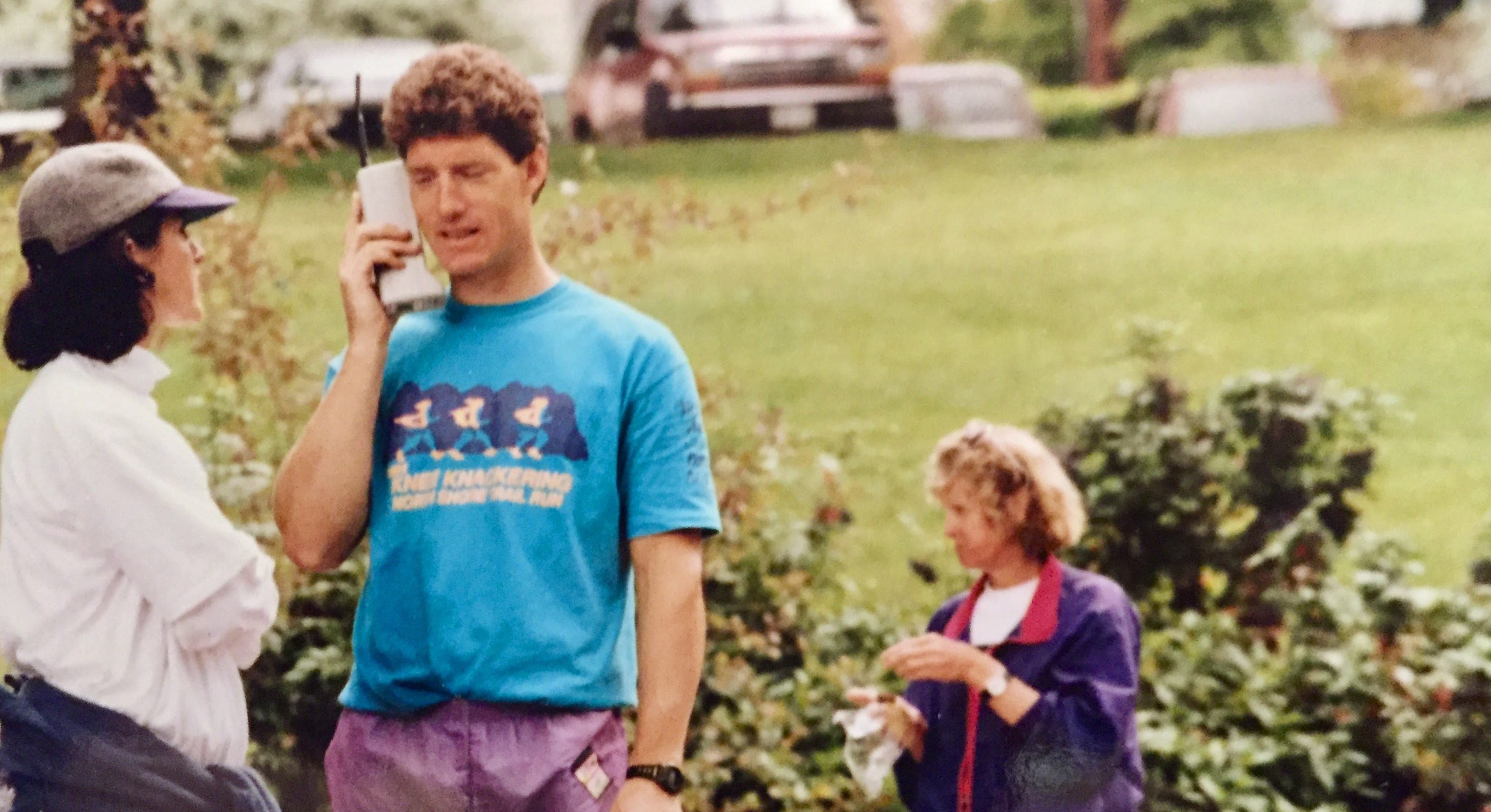 The Knee Knacker extended family is saddened by the loss of Greg Dines, who suddenly passed away last week on August 1.

Greg was an early Knee Knacker pioneer, running his one and only KK race in 1990, the first year the race was open to the public. He finished in the top 10 that year, and could have worked his way up in the top ranks. Instead, he joined our Race Committee the following year and stayed on for the next 5 years. He selflessly devoted himself to ensuring our very young race could plant the deep roots upon which it now thrives almost 3 decades later.

The main responsibility handed to Greg in 1991 was with respect to trail marking, and trying to ensure that no runners would get lost on Race Day (unless they tried really hard to do so). He developed the system that is still in use today, recruiting many volunteers to add a generous supply of ribbons/markings in the week leading up to Race Day. On the day itself, he had more vollies running just ahead of the runners to add more ribbons/markings that may be needed. And of course, even more vollies right after the last runner to remove all those extra ribbons!

Besides the trail marking duties, Greg was willing to help in any other capacity. This was a true reflection of the kind and generous soul that he was in all aspects of his life. He was a true joy to be around with his jovial nature, and was always the eternal optimist. With his vast network of friends, he was able to draw many of them into the Knee Knacker as runners, volunteers and even Race Committee members. I was recently reminded that he even enjoyed a good cigar 🙂

For more information, I refer you to the Vancouver Sun obituary. We will post details of his Celebration of Life when they are announced.